Wine 1.7.35 Added Support for OpenGL Core Contexts, How to Upgrade in Ubuntu | UbuntuHandbook

Wine 1.7.35 Added Support for OpenGL Core Contexts, How to Upgrade in Ubuntu

Wine 1.7.35, the latest development version of Wine for running Windows applications in Linux, was released a few hours ago.

The 1.7.35 release brings support for OpenGL core contexts, initial support for glyph placement in DirectWrite, and adds more WBEM objects. Also a total of 56 bugs has been fixed in this release. Source code and full list of changes are available at this page. 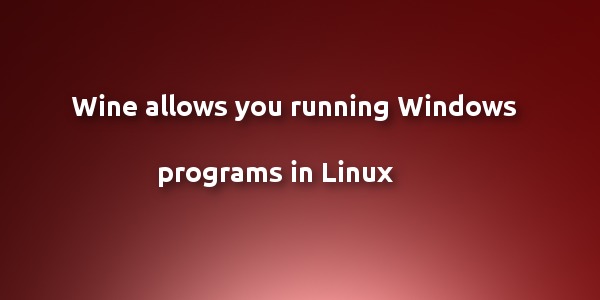 How to install / upgrade wine 1.7 in Ubuntu:

For Ubuntu users, besides building from the source you have to wait a few days for the official PPA updated for the latest binaries. Ubuntu 15.04, Ubuntu 14.10, and Ubuntu 14.04 are supported so far.

After that, upgrade Wine by installing available updates via “Software Updater” utility. Or install wine1.7 for the first time by running below two commands one by one:

Since Wine PPA is not updating for Ubuntu 12.04, Precise users can use this unofficial PPA to get the latest wine release.

Before adding this PPA, you should remove the official PPA via command:

Finally upgrade Wine1.7 through Update Manager, or install it via the previous two sudo apt-get command.