A new major release of Oracle’s Virtualbox 5.0 now is available for test by releasing the Beta 1 version. 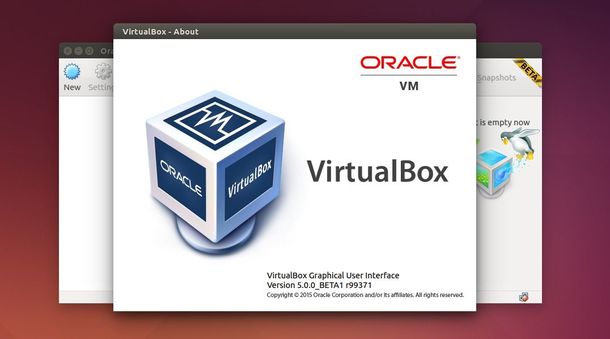 Here is an incomplete list of changes in VBOX 5.0:

In addition, the following items were fixed and/or added in this Beta:

NOTE: do NOT use this Beta release on production machines. It should be considered a bleeding-edge release meant for early evaluation and testing purposes.

1. Remove previous release via your package manager or by pressing below command in terminal:

3. Click to open the downloaded archive with Ubuntu Software Center and install it.

One response to First Beta of Virtualbox 5.0 Available for Test