Free collaborative drawing program Drawpile 2.1.11 was released day. This release features the ability to detach the chat box into a separate window. 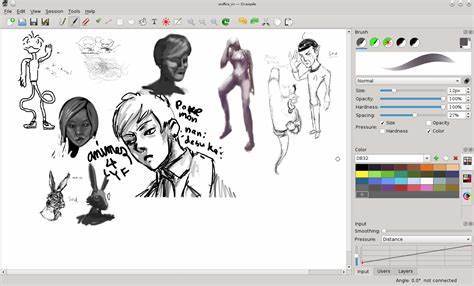 For Ubuntu 18.04 and higher, the software can be installed via flatpak by running following commands one by one in terminal.

1. Open terminal either via Ctrl+Alt+T keyboard shortcut or by searching for ‘terminal’ from application menu. When it opens, run command to install Flatpak first:

2. Then add Flathub repository via command: