Firefox 35 Released – How to Upgrade in Ubuntu 14.04 | UbuntuHandbook

Here’s the full list of changes (via the official release note):

For Ubuntu 12.04, Ubuntu 14.04, and Ubuntu 14.10, Firefox 35 will be soon made into the official Ubuntu repositories, available for upgrade through the Software Updater: 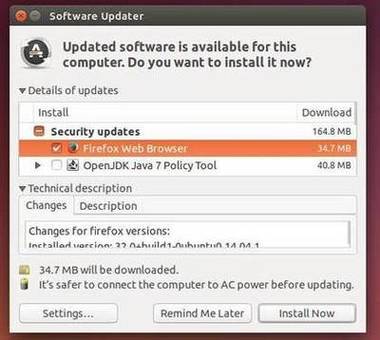