A bug-fix release for Cantata 2.0, a graphical client for the music player daemon (MPD), was announced one day ago with various fixes and improvements.

Cantata originally started as a fork of QtMPC, mainly to provide better KDE integration. However, the code (and user interface) is now very different, and it can be compiled with KDE support, or as a pure Qt application for Windows, Linux, and OS X. 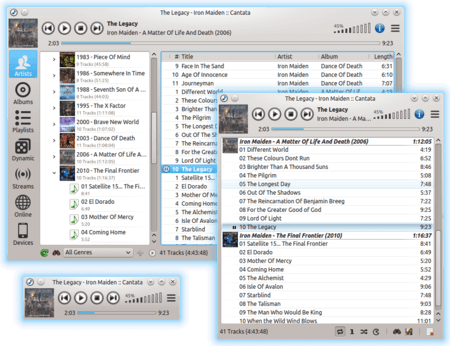 How to Install Cantata in (K)Ubuntu:

Type in password (no visual feedback) when it asks and hit Enter to continue.

For non-KDE user, run the command below instead to add the Qt version:

If you have a previous release installed, launch Software Updater (or Update Manager) and you’ll see Cantata 2.0.1 available in the update list after checking for updates.

Or run the commands below one by one in terminal to update and install the client:

3. To remove Cantata 2.0.1, use Synaptic Package Manager or just run the command below in terminal:

You may also remove the PPA by going to System Settings -> Software & Updates -> Other Software.