Glimpse is small release with minor tweaks and bug fixes. Changes in the release include: 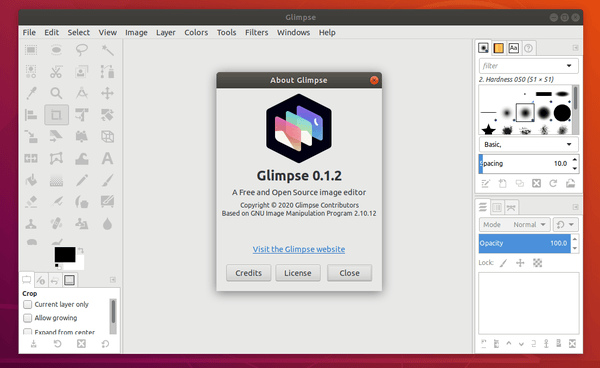 The community build Snap package is available in Ubuntu Software, though it’s not updated at the moment.

The official Flatpak package has been updated to v0.1.2. And you can do following steps one by one to install it in Ubuntu 18.04 and higher.

1.) Open terminal either from system application menu or by pressing Ctrl+Alt+T on keyboard. When it opens, run command:

3.) Finally install the Flatpak package of Glimpse via command:

If you already installed an old version, run command to update the package:

Once installed, launch the image editor from your system application menu and enjoy!