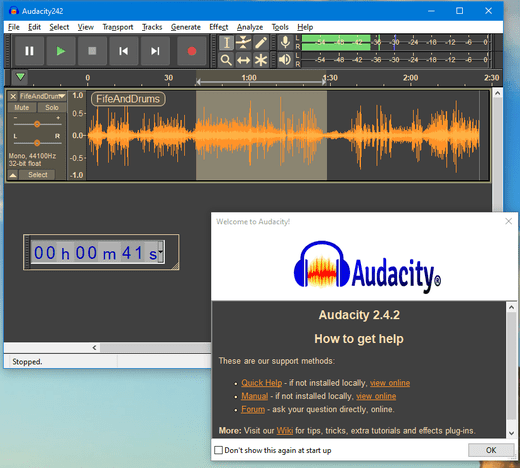 How to Install Audacity 2.4.2 in Ubuntu:

As the building system has changed, the PPA package (v2.4.1) does not fully work on Ubuntu. So it’s recommended to use Audacity Flatpak.

2.) Then you can install Audacity flatpak package by running command:

One response to Audacity 2.4.2 Released with Updated wxWidgets Library