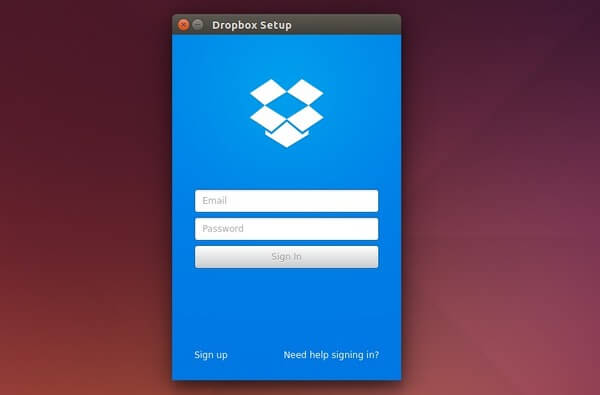 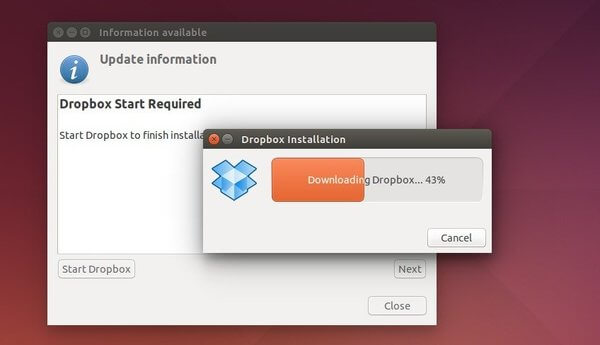 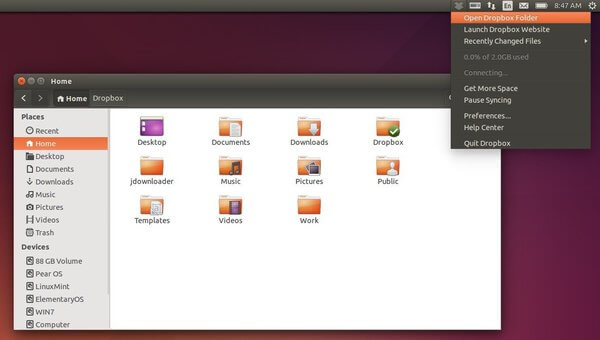 Dropbox 2.4.0 stable has been released with better upload and download speed. It adds the Move to Dropbox context menu, which show up for most files or folders outside of Dropbox, and much faster upload/download speeds for large files.

1.) Press Ctrl+Alt+T on your keyboard to open terminal. When it opens, run below command to download and uncompress Dropbox 2.4 (Check 32-bit or 64-bit via Details utility):

2.) Now you can launch dropbox by:

a.) You can open Startup Applications utility and add dropbox as a start up app by type previous code in command area.

b.) You can create a launcher for Dropbox by reading this tutorial.