The Mozilla Firefox 24 has been released with bug fixes and improvements. The easiest way to upgrade Firefox in Ubuntu is using the Synaptic Package Manager, here’s how to do it in Ubuntu 13.04 Raring, Ubuntu 12.10 Precise. 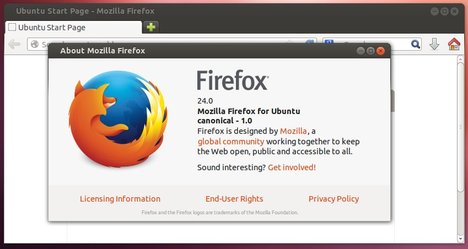 Some web tutorials lead the readers to install Firefox via the PPA repository which indeed is not neccessary because Canonical will update Ubuntu universe repository as soon as a new stable release of Firefox comes out.