How to Install DeadBeef Audio Player in Ubuntu / Linux Mint

If you would like to install DeadBeef audio player in Ubuntu and its derivatives such as Linux Mint, Elementary OS. This tutorial will tell you how to do it easily

As you may kown, DeaDBeeF is a lightweight audio player for GNU/Linux systems with X11 written in C and C++. It has below features:

The easiest way to install the DeadBeef is using the DEB package. Just download and double-click to install the package from below link. You may check your OS type (32-bit or 64-bit) by System Settings -> Details 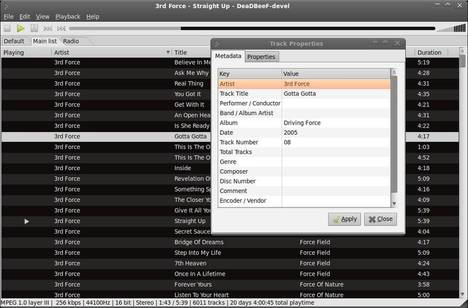