Mozilla Firefox has just released version 32.0 with improved performances and a few fixes. Canonical has made this release into the updates & security repositories for Ubuntu 14.04 and Ubuntu 12.04.

Below are the detailed changes (via the official release note):

Upgrade to Firefox 32 in Ubuntu:

For Ubuntu, open Software Updater (or Update Manager for Ubuntu 12.04) from Unity dash. After checking for updates, you’ll see the latest Firefox available in the list. 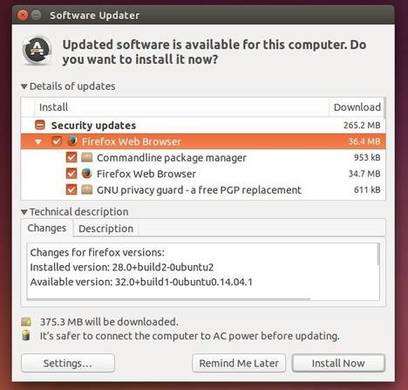 You can also upgrade Firefox in Ubuntu and its derivatives using Synaptic Package Manager (available in Software Center) after clicked the Reload button.