Entangle is an open-source software for “tethered shooting”, aka taking photographs with a digital camera completely controlled from the computer. 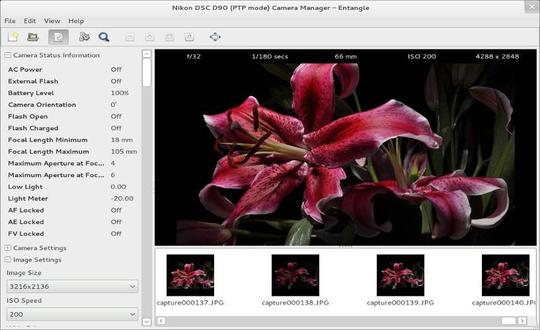 Entangle is available in Ubuntu Software Center out-of-the-box, but Canonical does not provide updates for this software. Since Ubuntu repositories provide the 0.5.4 release for 14.04 LTS, Entangle has reached the 0.6.1 release recently with below changes:

Open terminal from the Dash or by pressing Ctrl+Alt+T. When it opens, run command to add the PPA:

Then run below commands one by one to install Entangle. Or you can upgrade it through Software Updater if you’ve an old version installed.

For photographers, there are more useful tools available in this PPA.