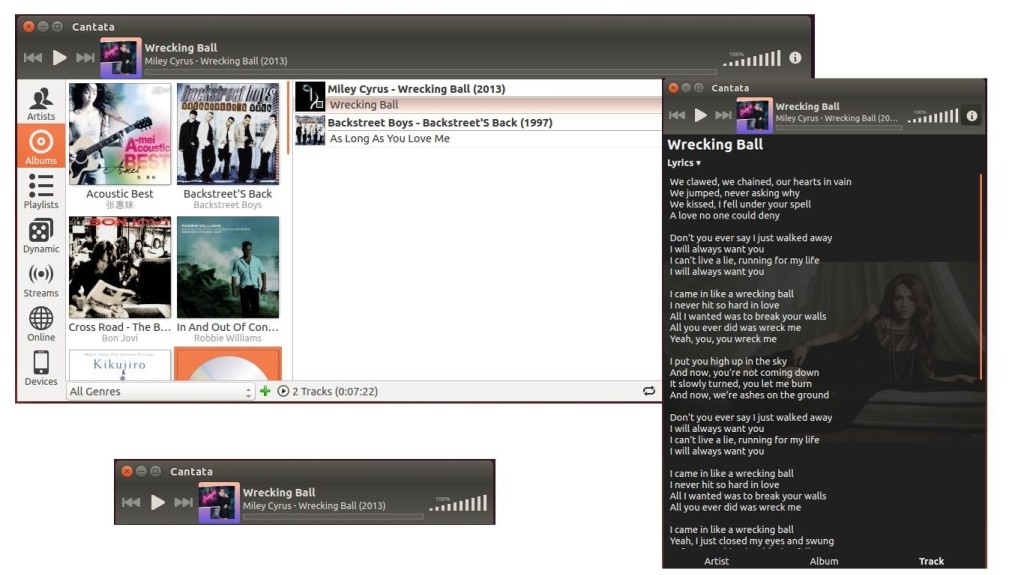 The first stable release in 2015, Cantata 1.5.2, was released a few hours ago with below changes:

Open terminal from the Dash/Menu or by pressing Ctrl+Alt+T on keyboard. When it opens, run below commands one by one:

For KDE users, run commands one by one to install Cantata from PPA:

For Qt built without KDE libraries, install Cantata from another PPA: