After installing the new Ubuntu 15.04 Vivid Vervet, one of the top things to do is to install audio/video codecs and enable DVD playback.

Due to legal constraints in many countries, Ubuntu does not include these codecs to play mp3, movies, and DVDs out-of-the-box. But we can easily get them from the default repositories through Ubuntu Software Center.

Open Ubuntu Software Center, search for and install ubuntu-restricted-extras package. After that, you should be able to play your musics and movies through the default multi-players. 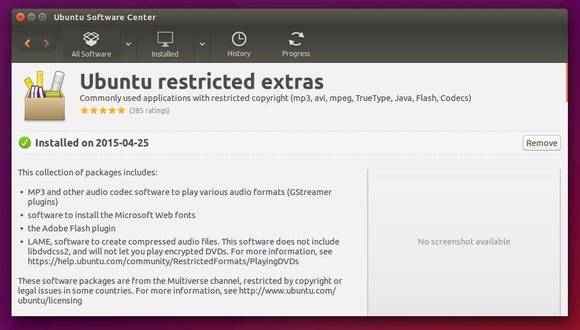 2 The previous step also installs libdvdread4, library to read DVDs. If not, install it from Ubuntu Software Center.

3. To play encrypted DVDs, you also need the libdvdcss2 library by installing it via below command in terminal:

You may need to set the region code for DVD drive if it is still not working, by running below command in terminal: