Emacs 25.1 was released months ago with a wide variety of new features. I’ve written about how to build it from the source. However, a PPA repository will make things easier.

Kevin Kelley has created a PPA with Emacs 25 packages for all current Ubuntu releases. A patch was made into the packages to fix for an `xinput`-related bug that, when triggered, causes `emacs` to enter an infinite loop; the process will then be unresponsive and will consume 100% of a single CPU core until you kill it. 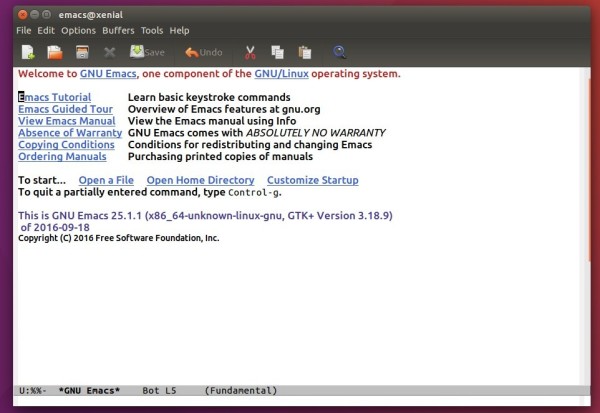 2. Then update and install Emacs 25 via commands:

For text-only interface, replace emacs25 with emacs25-nox in the last command.

Don’t know why, but I need to log out and back in to be able to launch Emacs 25 from the Dash.