The fourth update for the IntelliJ IDEA 2017.3 was released a few days ago with a whole variety of improvements.

The most notable bug-fixes in IntelliJ IDEA 2017.3.4 include:

For Ubuntu 16.04 (need to install snapd first), Ubuntu 17.10, and higher, the latest snap app can be easily installed via Ubuntu Software. 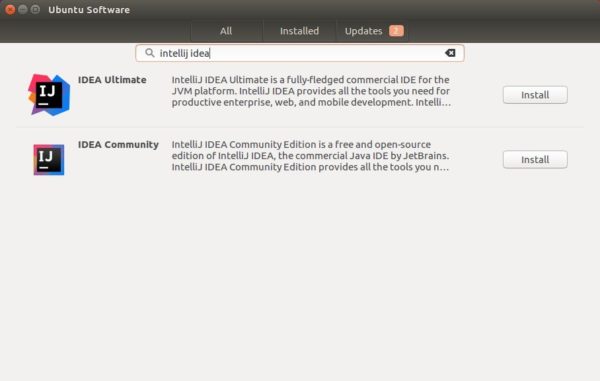 Or you can open terminal via Ctrl+Alt+T or by searching ‘terminal’ from app launcher. And run command:

Replace intellij-idea-community with intellij-idea-ultimate for ultimate edition. And type your password (no visual feedback) when it asks.

For the snap packages, you can either remove them from Ubuntu Software, or by running command in terminal: