Pragha music player 1.3.91 was released earlier today as the second beta of the next Pragha 1.4.

The 1.3.91 release of the lightweight music player (formerly known as Consonance) features: 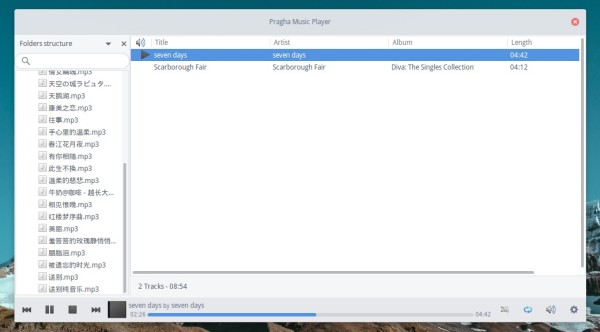 While the project page provides only source tarball, you can easily install Pragha music player via an unofficial PPA in Ubuntu 16.04, Ubuntu 18.04, and Ubuntu 17.10.

1. Open terminal via Ctrl+Alt+T or from app launcher. When it opens, run command to add the PPA:

2. Then install the music player either via Synaptic Package Manager or by running commands:

To remove the music player, either use Synaptic Package Manager or by running command:

And you can remove the PPA via Software & Updates utility under ‘Other Software’ tab.