GIMP 2.10.2 Released with HEIF Support (How to Upgrade) | UbuntuHandbook

GIMP 2.10.2 Released with HEIF Support (How to Upgrade)

2. After added the PPA, you can upgrade to GIMP 2.10.2 from an existing release using Software Updater (Update Manager): 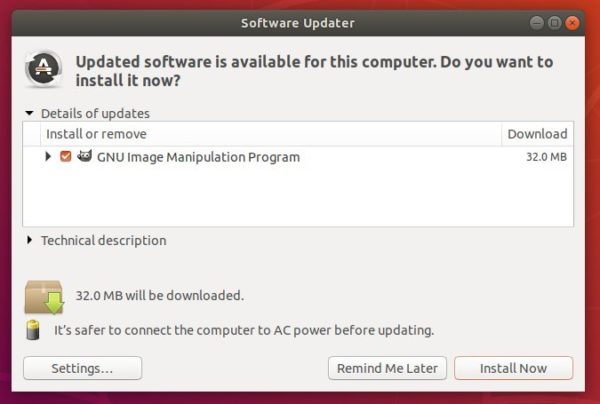 I'm a freelance blogger who started using Ubuntu in 2007 and wishes to share my experiences and some useful tips with Ubuntu beginners and lovers. Please notify me if you find any typo/grammar/language mistakes. English is not my native language. Contact me via [email protected]
Go to mobile version
We use cookies to ensure you get the best experience on our website. Privacy policyGot it!