Audacity audio editor 2.3.1 was finally released and restored Linux support which was missing in 2.3.0. 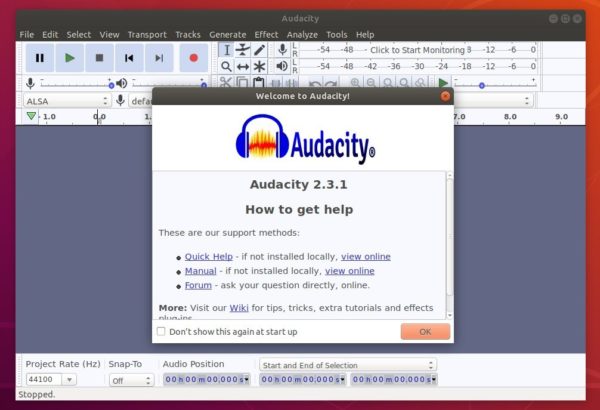 How to Install Audacity 2.3.1 in Ubuntu:

1. Open terminal either via Ctrl+Alt+T keyboard shortcut or by searching for ‘terminal’ from app launcher. When it opens, run command:

or run following commands one by one to check updates and install (or upgrade) audacity 2.3.1: