Toontown Rewritten (TTR) is free to play and open to anybody. The TTR snap package contains a slightly modified version of the official Toontown Rewritten launcher, including python 3 support. Due to the fact that this launcher is modified, the TTR team will not provide support if anything goes wrong with the launcher. 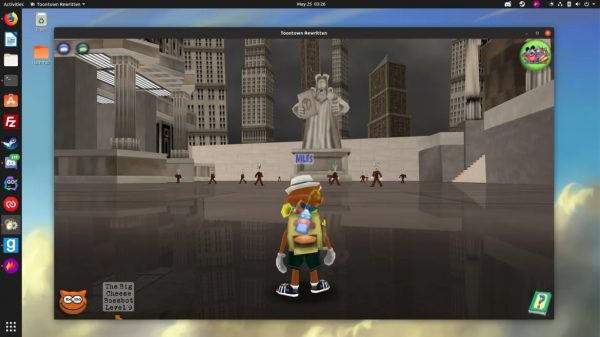 For Ubuntu 18.04 and higher, simply search for and install the game from Ubuntu Software utility:

For Ubuntu 16.04, you need to open terminal (Ctrl+Alt+T) and make sure snapd daemon is installed first:

Then install the Toontown Rewritten via command:

To remove the game, either use Ubuntu Software or run command in terminal: