The “Software Updater” utility in Ubuntu MATE 21.10 tries to remove native Firefox package and install the SNAP version instead. If you’ve done that, here’s how to revert to Firefox DEB package and prevent the misbehavior.

As you may know, Ubuntu is switching Firefox from native DEB to the universal SNAP package. Ubuntu 21.10 now has Firefox SNAP out-of-the-box, while its flavors are still having the classic deb package.

However, in Ubuntu MATE 21.10 the “Software Updater” has a bug. It tries to remove pre-installed Firefox package by marking it as “Duplicate packages to be removed”. 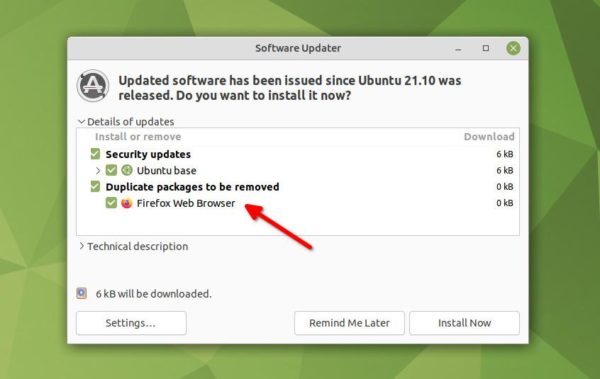 If you clicked “Install Now” button without attention. The default Firefox web browser will be replaced with the SNAP app:

By going to the app “menu -> Help -> About Firefox” will tell if you’ve done that mistakenly. 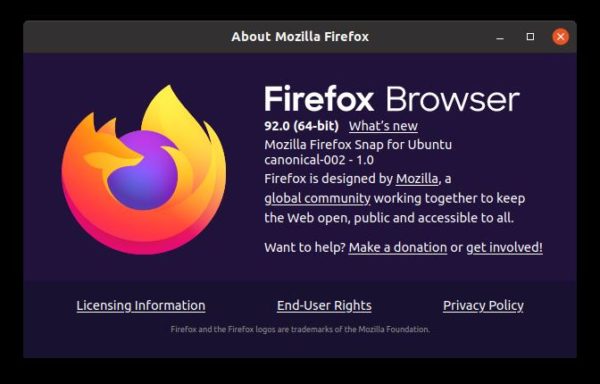 And, you may press Ctrl+Alt+T on keyboard to open terminal, and run command to remove the Snap if installed:

Then install the native Firefox deb package by running command:

Thanks to N0rbert, run the single command below in terminal to do the trick until the upstream fixed the bug.

The command will work on all Ubuntu flavors, though I found the issue only in Ubuntu MATE so far.