Oracle Java 17 Released as New LTS, Here’s How to Install it in Ubuntu

Oracle announced the release of Java 17 as the new Long-Term Support (LTS) release.

Java 17 LTS comes with thousands of performance, stability, and security updates, as well as 14 JEPs (JDK Enhancement Proposals). And Oracle will provide 8-year support for the release with security, performance, and bug-fix updates until 2029.

According to the release note, the next LTS will be Java 21 planned for September 2023, which changes the LTS release circle for every three years to two years.

Updates in the release include:

How to Install Oracle Java 17 in Ubuntu:

Thanks to the “Linux Uprising” team ppa, an installer script has been created to automatically downloads and installs Oracle JDK 17 package, and sets Java 17 as the default Java version (setting JAVA_HOME, etc.) on 64-bit PC and arm64 devices, e.g., Rasperry Pi and Microsoft HoloLens 2.

1.) Firstly, open terminal either from system start menu or by pressing Ctrl+Alt+T on keyboard. When it opens, run command to add the PPA:

Type user password when it asks (no asterisk feedback) and hit Enter to continue. 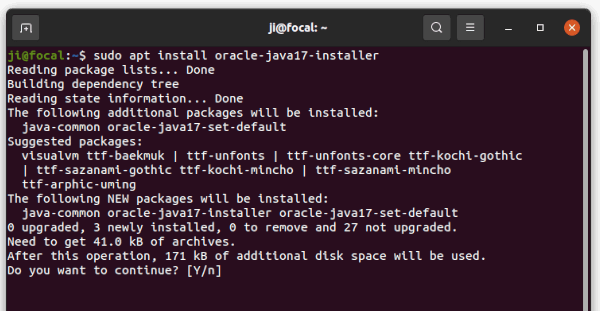 Once the script starts, it brings you to the screen for the license. Press Tab key on keyboard to select OK and hit Enter. 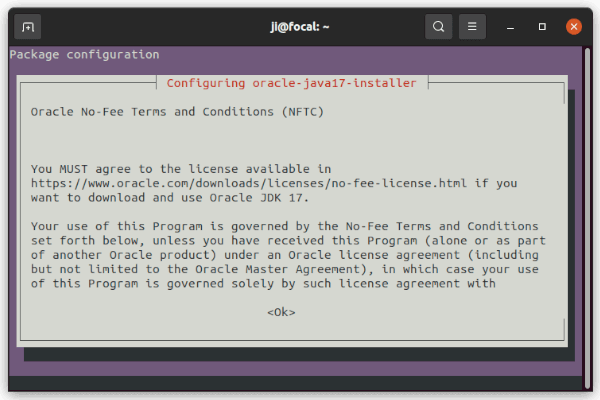 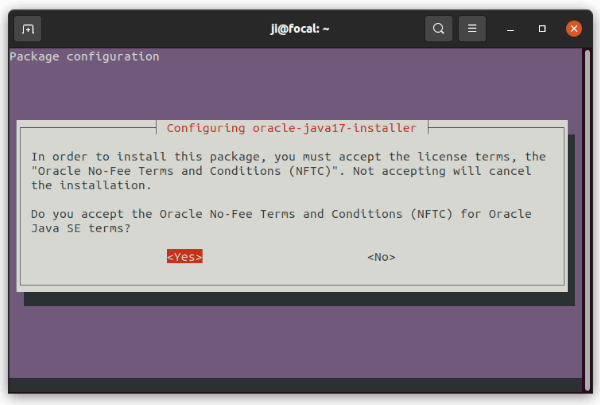 Terminal will indicate the downloading and installing process for you. When everything’s done successfully, use java --version or javac --version command to verify the installation.

Jetbrains announced the release of IntelliJ IDEA 2018.2.3 a day ago with various bug-fixes and some improvements for v2018.2. 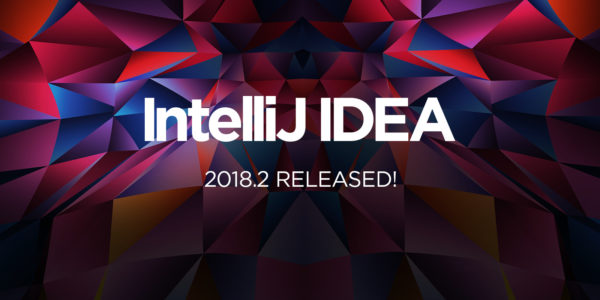 How to Insall the Latest IntelliJ IDEA in Ubuntu: 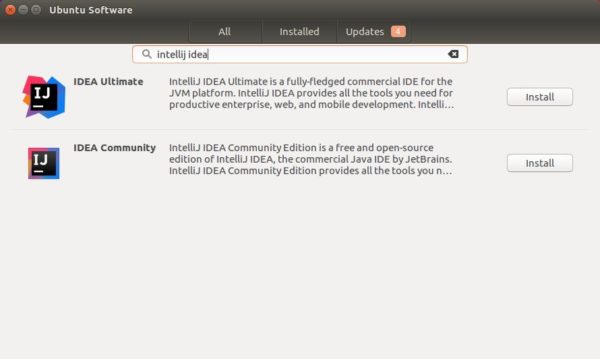 NOTE for Ubuntu 16.04 users who never installed a snap package, make sure snapd is installed by running command in terminal (Ctrl+Alt+T):

Eclipse 4.8 Available to Install via Snap in Ubuntu 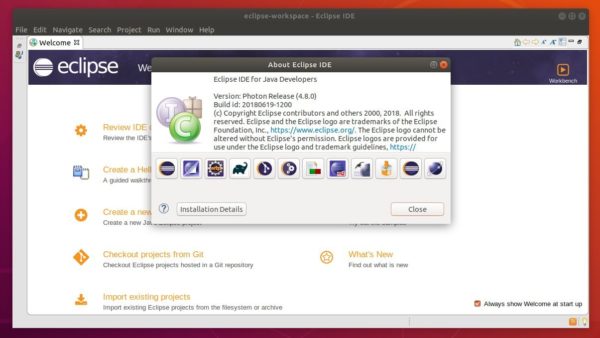 How to Install Eclipse 4.8 Photon in Ubuntu:

The community has built the snap package of Eclipse Photon. It’s an universal Linux package format that bundles all its dependencies, and auto-updates itself once a new release is published.

The Eclipse 4.8.0 snap can by easily installed in Ubuntu Software: 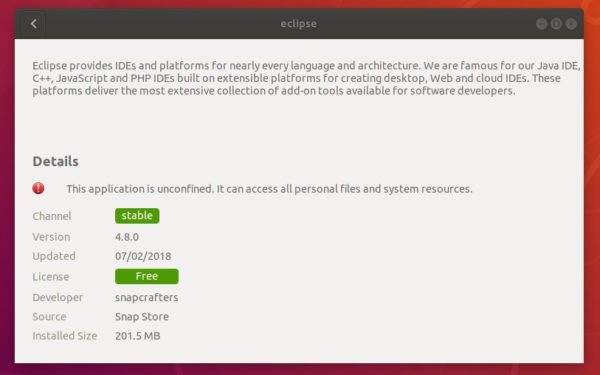 Note that there are two versions of Eclipse in Ubuntu Software. Take a look at the version number before installing the package.

You can also install the snap by running command in terminal:

1. For Ubuntu 16.04 users never installed a snap package, make sure snapd daemon is installed via command:

2. For Java environment, either install the OpenJDK via command:

For Oracle Java 8 or Java 10, see this how to tutorial. 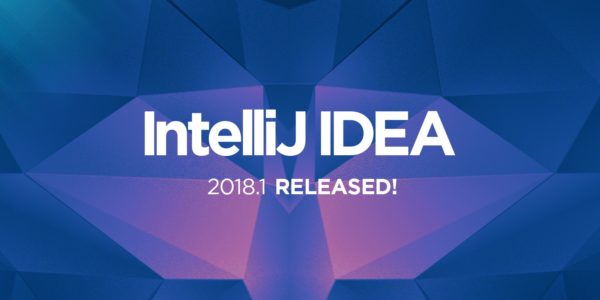 IntelliJ IDEA 2017.3.2 was released earlier today with some new features and numerous bug-fixes.

There are a few ways to run the latest release of the Java IDE in Ubuntu desktop. And here are 3 of them:

method 2: Install the Snap package (runs in sandbox) for Ubuntu 16.04 and higher:

Open terminal via Ctrl+Alt+T or by searching ‘terminal’ from app launcher. When it opens, run command:

Replace intellij-idea-community with intellij-idea-ultimate for ultimate edition. And type your password (no visual feedback) when it asks.

method 3: Install the traditional .deb package via PPA to get the official Linux package and install the application shortcut automatically.

To do so, open terminal (Ctrl+Alt+T) and run following commands one by one to add the PPA and install the .deb packages:

For the snap packages, you can either remove them from Ubuntu Software, or by running command in terminal:

For the PPA packages, remove them either via Synaptic package manager, or by running command in terminal:

And you can remove the PPA via “Software & Updates” utility under Other Software tab.