LinSSID is a graphical and functional wifi scanner for Ubuntu Linux, which is similar to iwscanner and Inssider. It can be easily installed in Ubuntu and Linux Mint via PPA repository. 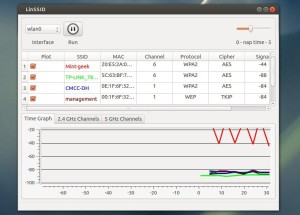 LinSSID is written from scratch entirely in C++ using Linux wireless tools and Qt4. It displays the information available from iwlist tool in graphical format. LinSSID displays a table of all of the local wireless networks that your device can receive, and information about them. It also displays charts of the signal strength of each network by channel number and over time. LinSSID will work with more than one wireless device attached to a system, but only one at a time (selectable).

LinSSID requires root privilege to run the iwlist tool. So you’ll be prompt to input the user password when start the program from Unity Dash.

After that, you can use your favorite application manager to install the wireless scanner. Or just run below commands:

Once installed, you’re able to open it from Unity Dash Home. Enjoy! 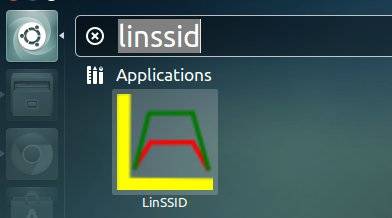