Want to display weather on Ubuntu Desktop? Well, the best choice should be Typhoon since Stormcloud is not available in Ubuntu 13.04 due to dependency problem.

Typhoon is a free and open-source weather application, which displays a HTC-like weather widget on your Ubuntu desktop. It uses Yahoo! weather service

Typhoon is a fork of discontinued Stormcloud 1.1 with some changes. It excludes the multiple locations feature because no one can live in more than one places in a specific time except electrons! It also removes ‘chameleonic background’ as it would make the app resource hungry.

To install this weather app for Ubuntu 13.10 Saucy, Ubuntu 13.04 Raring, 12.04 Precise, 12.10 Quantal and Linux Mint users. Press Ctrl+Alt+T to open terminal. When it opens, run below commands to add the Typhoon ppa:

Then update package lists and install it via: 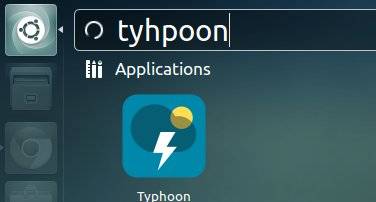 One response to Typhoon: Best Free Weather Widget for Ubuntu 13.04