Dolphin is an open-source Gamecube, Wii and Triforce emulator for Windows, Linux and Mac OS X. It was the first emulator to successfully run commercial Nintendo GameCube and Wii games, and is the only emulator capable of running commercial Wii games.

To get started, press Ctrl+Alt+T on your keyboard to open terminal. When it opens, run below commands one by one: 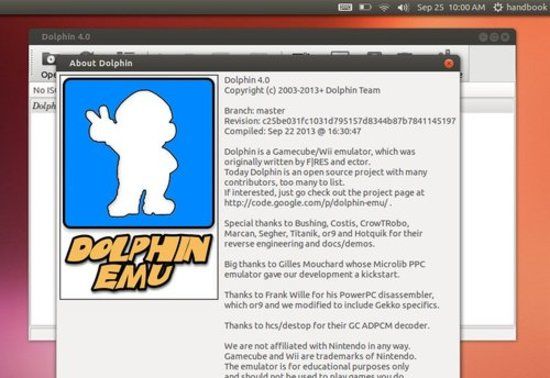 One response to Install Dolphin Emulator 4.0 in Ubuntu 13.10 or Linux Mint 16