Install G’MIC Plugin For GIMP in Ubuntu Linux via PPA

The G’MIC plug-in for GIMP proposes a set of various filters to apply on your images, including artistic effects, image denoising and enhancement algorithms, 3D renderers, etc. It is a quite large plug-in, integrating a lot of different effects.

This plug-in is able to : 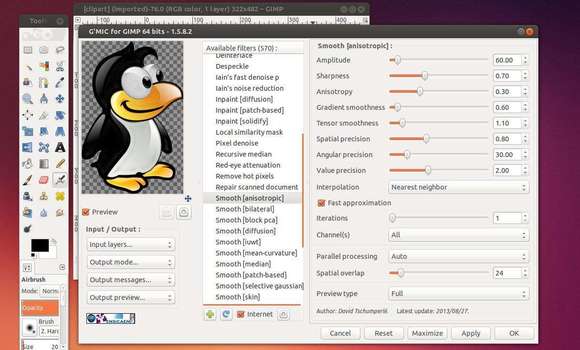 To get started installing it, press Ctrl+Alt+T on keyboard to open terminal. When it opens, run command to add the PPA:

After that, checking for updates via:

Install the plugin for Gimp:

Once done, you can access the plugin from gimp menu Filters -> G’MIC….

You can also install the standalone (command line) app via:

Get help from its man page.