How to Install Photivo – RAW File Processor in Ubuntu Linux

Photivo is a free and open source photo processor for RAW and bitmap images with 16 bit precision. Photivo tries to give the user as much control as possible to express his creativity and to allow flexible adjustments for the various needs in photography.

Photivo photo processor has below features: 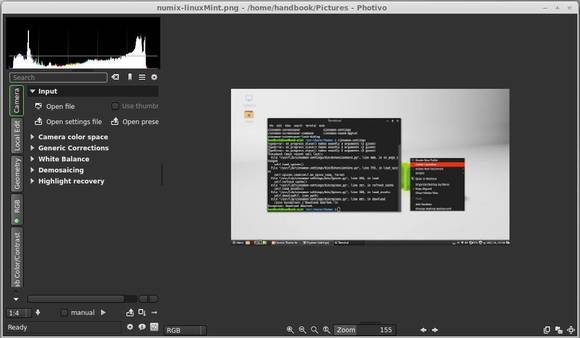 Dariusz Duma has made this app into launchpad PPA, so we can easily install it in Ubuntu 13.10 Saucy, Ubuntu 13.04 Raring, Ubuntu 12.10 Quantal, Ubuntu 12.04 Precise, Linux Mint and their derivatives via 3 commands in terminal.

To open terminal, press Ctrl+Alt+T on keyboard. Then run: