Krita, the ultimate weapon in the armoury of a Linux-based digital painter’s, now is at version 2.8. New tools make it more interesting for creating game art, and full Windows support is a bit of a game changer.

Krita has an experimental implementation of a G’MIC plugin now as well, and that alone increases the amount of available effects by order of magnitude.

Additionally, during Google Summer of Code 2013 one of the students applied tons of fixes to existing filters (both UI and algorithms), added alpha channel to the Curves filter, improved the HSV filter and the Dodge/Burn filters, and implemented a whole new Color Balance filter. 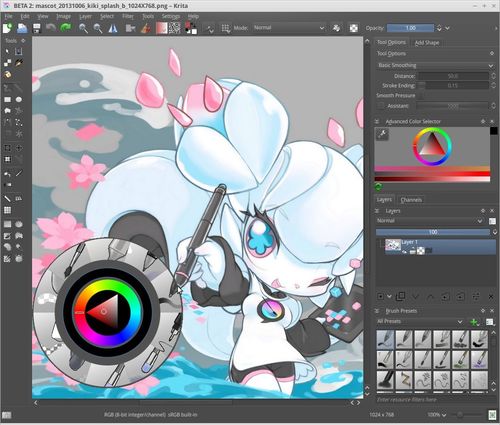 To install Krita 2.8, press Ctrl+Alt+T on keyboard to open terminal. When it opens, run the commands below one by one: