Ubuntu 14.10 And Its Flavors Officially Released 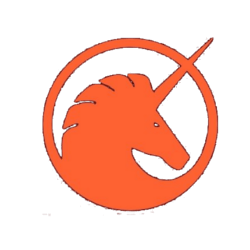 According to the release note, there have been updates to many core packages, including a new 3.16-based kernel, a new AppArmor with fine-grained socket control, and more.

Ubuntu Desktop has seen incremental improvements, with newer versions of GTK and Qt, updates to major packages like Firefox and LibreOffice, and improvements to Unity, including improved High-DPI display support.

Ubuntu Server 14.10 includes the Juno release of OpenStack, alongside deployment and management tools that save devops teams time when deploying distributed applications – whether on private clouds, public clouds, x86 or ARM servers, or on developer laptops. Several key server technologies, from MAAS to Ceph, have been updated to new upstream versions with a variety of new features.

Kubuntu 14.10 comes in two flavours, the stable Plasma 4 running the desktop we know from previous releases, and a tech preview of the next generation Plasma 5 for early adopters.

Xubuntu 14.10 features new Xfce Power Manager plugin in panel and ittems in the newly themed alt-tab dialog can now be clicked with the mouse.