The Midori Browser 0.5.9 “Ballet” was released recently with various important bug fixes. The developer announced in the blog post:

Seven months of sweat and tears… oh well, not quite so dramatic. In any event Midori 0.5.9 is out!

We’re already scheming… I mean planning for the next cycle. We want to go WebKit2 and GTK+3 only now and do away with the fourfold compatibility setup. Anyone who finds this thrilling is more than welcome to join in; the fun is going to start soon. 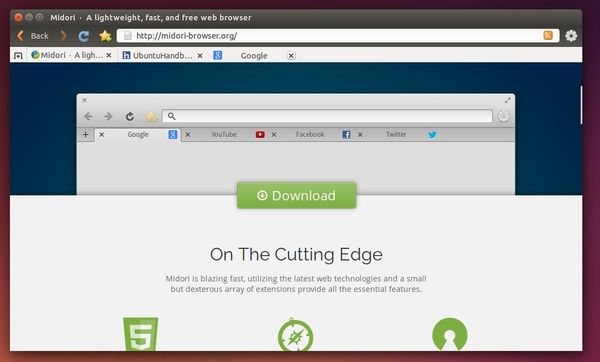 According to the changelog, the 0.5.9 release brings below changes:

For the detailed changes, read the ChangeLog file from the Source Code page.

1. Press Ctrl+Alt+T to open terminal. When it opens, run commands below to add the PPA:

2. After added the PPA, install the package via below command:

To install the GTK+2 version:

3. (Optional) To remove the PPA as well as midori: