The digital painting program Krita 2.9 was released today. This is the biggest Krita release that brings dozens of new features, improved functions, fixed bugs, spit and polish all over the place.

According to the official release note, eleven of the twelve Kickstarter-funded features are in the 2.9 release, and the last one will be included in the Krita 2.9.1. 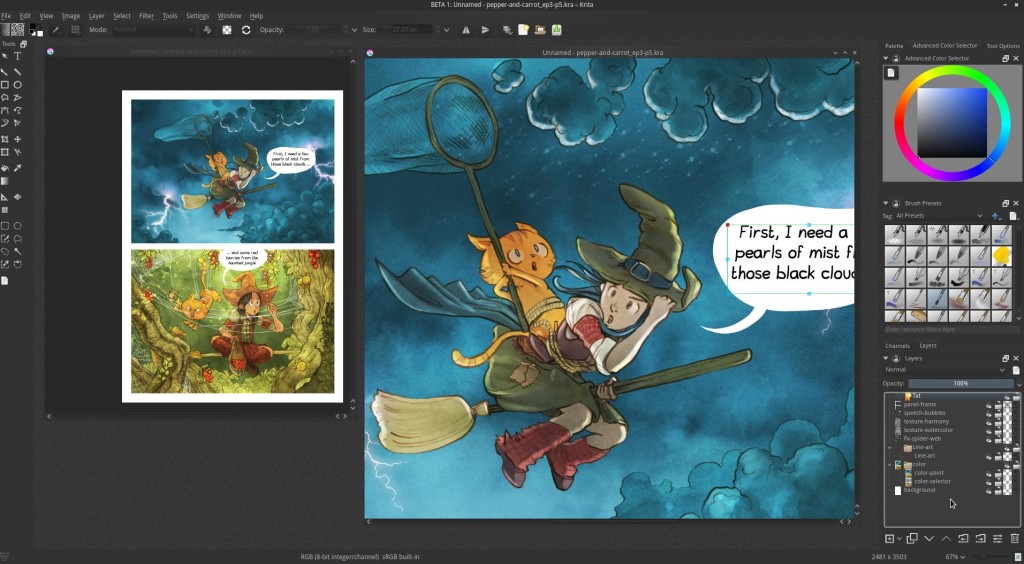 To add the ppa, open terminal from the Dash or application menu. When it opens, run:

NOTE: Krita 2.9 will be installed in /opt/ directory, you have to manually install the icons and launchers:

In terminal run below command to copy the launcher (.desktop) files from /opt/ to system directory:

Restart computer and you should be able to start Krita 2.9 from menu.