Blender 2.74 Released with Lots of Improvements

A new stable release of the open-source 3D software Blender 2.74 was released at the end of March with some new features and numerous improvements.

Read the detailed changes at this page. 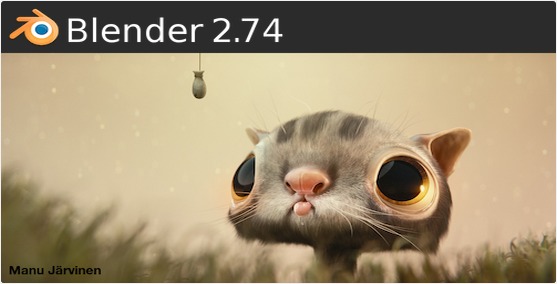 How to Install or Upgrade to Blender 2.74 in Ubuntu:

While Blender website provides a portable version for download, you can always install the latest release via these steps in another post (You may first remove the previous Blender installation).

There are some guys maintaining the most recent Blender release in PPAs. Below are some of them:

To add a PPA, run below command in terminal:

After adding a PPA, open Software Updater and upgrade Blender after checking for updates.