The first stable release of Vocal, a simple and beautiful podcast app for Linux desktop, was released a few days ago. Official installers for Ubuntu, Elementary OS, Fedora, openSUSE are available.

Vocal is a beautiful and easy to use podcast app designed for elementary OS and other GTK-based Linux desktops. Since the 1.0 release, it features: 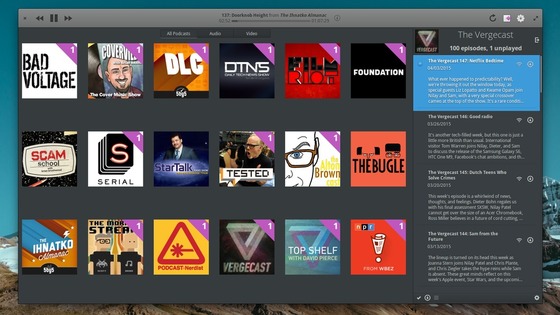 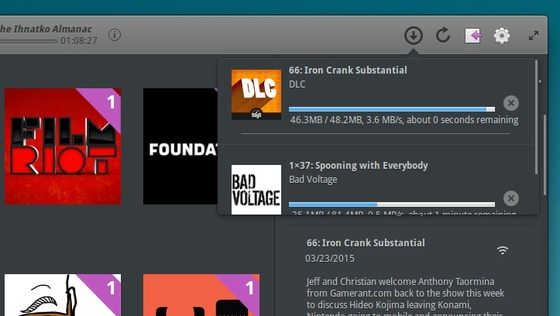 How to Install Vocal:

For Ubuntu 14.04, Ubuntu 15.04, Elementary OS Freya, and Linux Mint 17, you can install this podcast app either from its official PPA or by using the .deb binaries.

To install Vocal from PPA and receive future updates, open terminal from the Dash or App Menu, and run below commands one by one:

To grab the .deb (or .rpm) package, go to the sourceforge page.

UPDATE: For transparent background issue (but with Unity’s overlay scrollbar), run below command to edit its desktop file:

and change the line Exec=vocal to Exec=env LIBOVERLAY_SCROLLBAR=0 vocal and finally save the file. This will disable overlay scrollbar for Vocal. 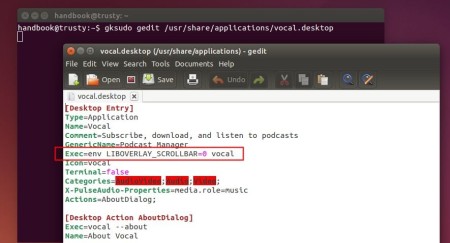