Kodi 15.2 Available for Ubuntu 15.10 in Its Official PPA | UbuntuHandbook

The latest Kodi Media Center, formerly known as XBMC, now is available for Ubuntu 15.10 users through its official PPA repository.

The current version is Kodi 15.2 ‘Isengard’ which was released in the middle of this month. For those who want to install this release and receive future updates via Software Updater, follow below steps. 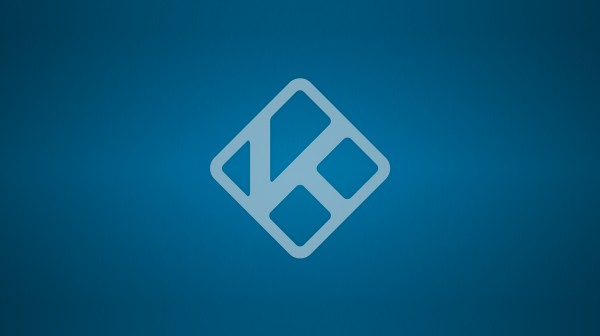 Open terminal from the Unity Dash, App Launcher, or via Ctrl+Alt+T shortcut key. When it opens, run below command to add PPA:

2. If you’ve installed an old release from Software Center. Run Software Updater to upgrade to Kodi 15.2. 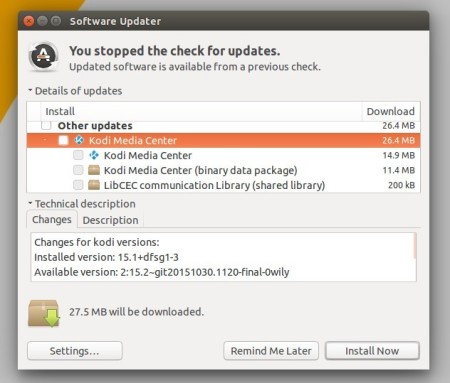 Or run below commands one by one in terminal to install or upgrade the software:

Once installed, log with Kodi session at next login or launch it from the Unity Dash at next boot.

3. (Optional) To remove Kodi PPA, go to the Software & Updates -> Other Software tab or run below command in terminal:

To remove Kodi, do it via Software Center or run command: