Firefox 43.0 Released, How to Upgrade in Ubuntu | UbuntuHandbook

Firefox 43.0 Released, How to Upgrade in Ubuntu

Also various security fixes and developer improvements are included in this release. See the release note.

Canonical has made the new release into the updates & security repositories for all current Ubuntu releases.

To install it, just run Software Updater and click install available updates after checking for updates: 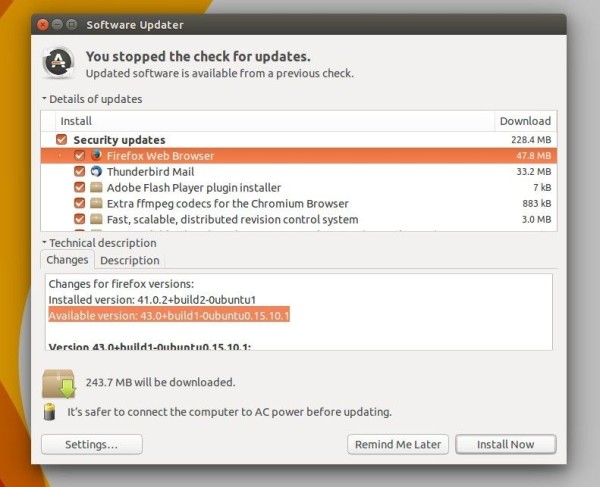 Don’t see it in the list? Launch Software & Updates, select download from ‘Main Server’ and make sure the security and updates repositories are enabled in Updates tab.