SuperTux, a classic Super Mario-like 2D jump ‘n run sidescroller game, has reached the 0.4.0 release, a new STABLE release since 0.1.3 after more than 10 years of development. 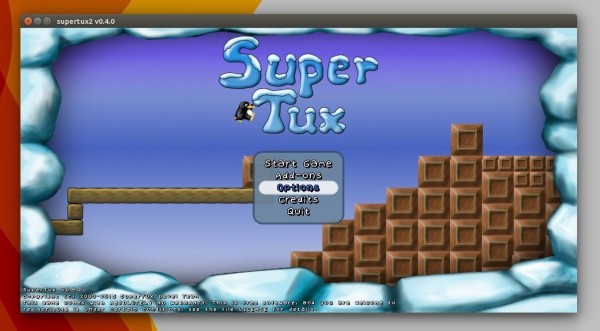 Compared to 0.1.3, this release features:

Compared to the latest beta, 0.3.5a, SuperTux 0.4.0 features updated translations, many bugfixes, more levels, and much more. See the release notes for details.

How to Install SuperTux 0.4.0 in Ubuntu:

For Ubuntu 16.04 LTS, the new release has been made into the official Ubuntu repositories, just search for and install the game via Software Center.

For those who don’t want to add PPA, grab the .deb packages from links below:

2. Then install the .deb package for supertux: