KDE Plasma 5.5 has finally been made into the backports PPA for Kubuntu 15.10 Wily after its third bugfix release was announced. 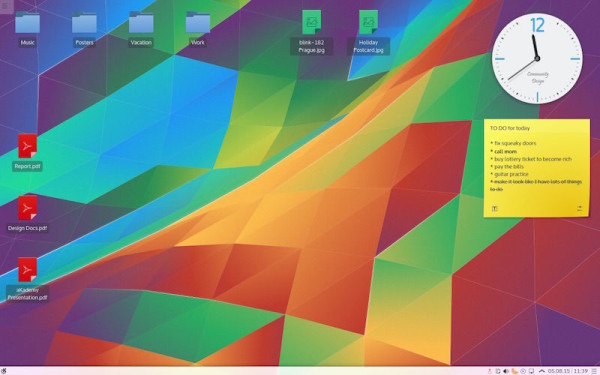 Kubuntu 15.10 can now upgrade to Plasma 5.5 by following below steps:

1. Launch terminal emulator and run below command to add PPA:

Type in your password (no visual feedback so just type in mind) when it asks and hit enter to continue.

2. After upgrade your system via:

Once the upgrade process finished and everything went well, restart your computer.

3. (Optional) To downgrade to the stock version of Plasma in Ubuntu 15.10, install ppa-purge and purge the PPA which as well downgrade all installed packages: