The latest KDE Plasma desktop 5.26 is finally made into PPA for (K)Ubuntu 22.10 / Ubuntu Studio 22.10, the next Ubuntu edition to be released soon.

KUbuntu 22.10 to ship with KDE Plasma 5.25.5. But KUbuntu PPA has made the new 5.26 packages for those who would like to try out the exciting new features including: The new packages are made into KUbuntu Backports PPA this time for (K)Ubuntu 22.10 only.

First, search for and open terminal (Koncole) from start menu. When it opens, run command to add the PPA:

Type user password when it asks while no asterisk feedback,and hit Enter to continue. Adding PPA should automatically refresh the package cache now. But in case you’re trying this in a Ubuntu based system that does not do the update, run command in terminal to manually refresh cache:

Finally, KUbuntu 22.10 user or Ubuntu Studio 22.10 (not tested) can upgrade to Plasma desktop 5.26 by running command below in terminal (koncole):

However it’s better to write down all the packages it’s going to install, so you can uninstall them to restore your system easily.

After installation, restart your computer and verify by going to System Settings -> About this System.

In the new release, it supports for resizing system tray indicator menu. Just like resizing an app window, open date & time, notifications, or any other menu in bottom right system tray area. Then move mouse pointer to the edge of the menu, and drag resizing when cursor become double-arrow. 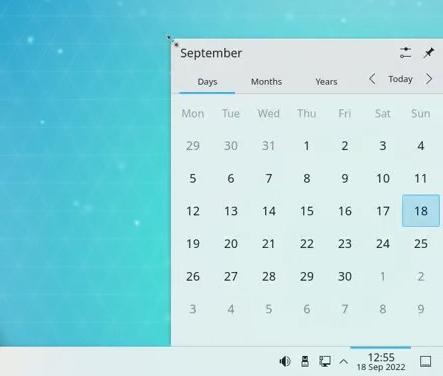 Other changes in KDE Plasma 5.26 include:

For KUbuntu 22.04 users, the KDE Plasma 5.25 desktop is available to install via official PPA repository!

Plasma 5.25 was released a few months ago, with great user experience improvements for Laptop and Tablet users.

It introduced the multi-touch gestures support for PC with a touchpad device:

By detaching the screen or rotating it 360° will enable touch mode automatically for laptops that support it.

User can also swipe on touch-screen from the screen edge to open Overview, Desktop Grid, Present Windows, and Show Desktop. How to Install KDE Plasma 5.25 via PPA

The new desktop packages have been made into testing repository for a month. And, I was waiting for the updates to be made into the stable backports PPA until I see the new extra PPA.

1. First, either press Ctrl+Alt+T on keyboard or search for and open terminal (koncole) from start menu. When it opens, run the command below to add the PPA:

2. While adding the PPA, it should refresh the package cache automatically. In case it did not, run the command below to do it manually:

3. Finally, update your desktop environment in KUbuntu 22.04 by running command:

NOTE: It must be apt full-upgrade rather than apt upgrade, or Plasma desktop 5.25 will be kept back due to dependency library change.

If you’re going to install Plasma 5.25 on non-KDE Ubuntu edition, use command:

It’s BETTER to make a backup of what it’s going to install via terminal output, in case you want to restore you desktop to previous status.

To remove the new desktop environment and revert back KUbuntu 22.04 to previous status, run command to install ppa-purge:

Then use the tool to purge that PPA, which also downgrade all install packages to the stock versions:

KDE announced the Plasma desktop 5.24 few days ago! KUbuntu 21.10 users may now install it via the PPA repository.

The Plasma 5.24 desktop is a Long Term Support (LTS) release that will receive updates and fixes until the next Plasma 6.

Running PC or laptop with fingerprint reader? In Plasma 5.24, you may now use fingerprint authentication for login, unlock, and running apps need sudo privilege.

The KRunner now has a ‘question mark’ icon on the toolbar. Clicking on it will show a list of available plugins and how to use information.

Other Changes in Plasma 5.24 include: The official Kubuntu Backports PPA has made the new desktop packages for Ubuntu 21.10 based systems.

Search for and open a ‘terminal’ (console) from start menu. When it opens, paste the command below and run to add the PPA:

For KUbuntu users, upgrading the desktop environment by running command after setup the PPA:

For non-KDE desktop, it’s also possible to install the Plasma 5.24 via command:

In case you want to uninstall KDE Plasma later, it’s recommended to take a screenshot of all the packages to be installed before typing ‘y’ to confirm.

To restore your desktop environment to the previous status, purge the PPA repository which also downgrade all the installed packages:

The release introduced floating dock and panel feature. In “Edit Dock -> Appearance” settings you can move the slider of “Screen edge” under Margins, so the dock/panel will no longer stick to the screen edge. 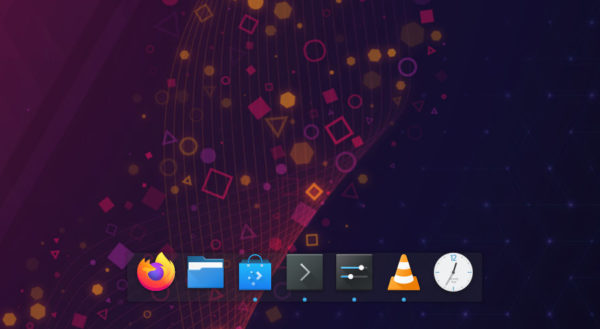 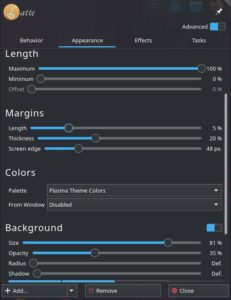 There’s no binary package so far unless building from the source tarball. If you intend to install it, firstly download the source from:

Next, extract the source tarball in file manager. Right-click on source folder and select “Open Terminel Here”. When terminal opens, run the installer script to build & install it via command: 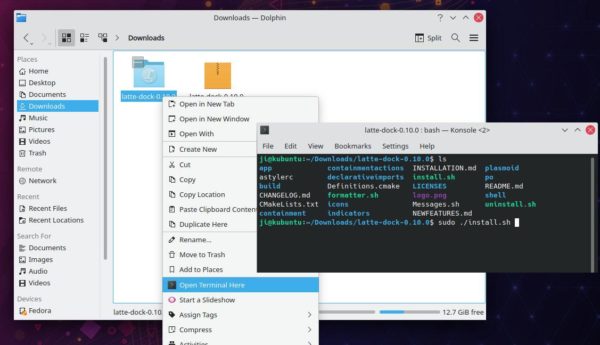 NOTE that the installer will NOT work until you installed all required build dependents. I don’t know exactly what to install, but I just installed all the dev libraries from the official Ubuntu build package.

And after successfully installed Latte Dock, reboot to apply changes.