The popular HandBrake video transcoder has reached the 0.10.5 release one day ago. Due to licensing issues, the high quality FDK-AAC encoder has been removed from the official binary releases.

This change affects all of the device presets on Windows and Linux. OS X is unaffected because it has always used coreaudio for aac encoding. The LibAV AAC encoder is still present though it does not support HE-AAC. 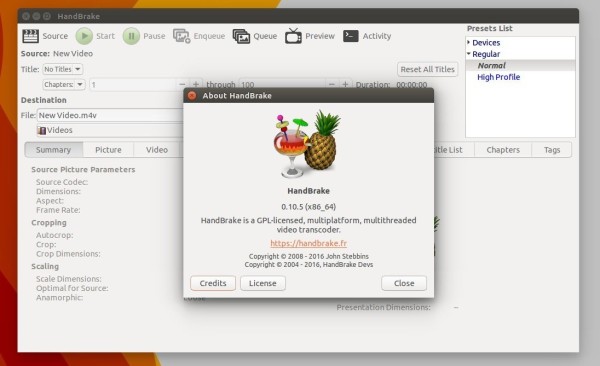 You can either install the new release in Ubuntu 15.10, Ubuntu 14.04, and derivatives via the official PPA:

launch terminal and run below commands one by one:

Or compile from source with --enable-fdk to plug fdk-aac library. See the compile instructions

To revert back the stock version of HandBrake in Ubuntu, just reinstall handbrake via Software Center which will ask to remove handbrake-gtk and/or handbrake-cli.