It fixes numerous security issues, notably in the MP4, RealRtsp and Sparkle modules, but also important crashes for the MXF, ADPCM, Telextext, Skins and Qt modules.

For a complete list of changes, see the ChangeLog.

The new release has been made into Software Center for Ubuntu 16.04. Below is how to install VLC 2.2.2 in Ubuntu 15.10 using a third-party PPA repository.

Open terminal from App Launcher or via Ctrl+Alt+T shortcut key. When it opens, paste below command and hit run:

Type in password (no visual feedback when typing) when it asks and hit Enter to continue.

2. Launch Software Updater and upgrade VLC after checking for updates. 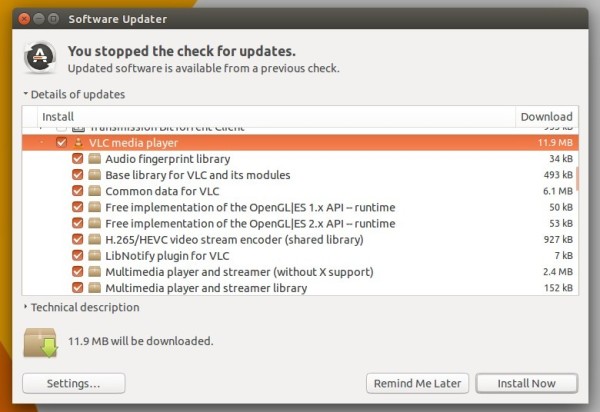 Or run below commands one by one in terminal:

If everything goes OK, you may disable or remove the PPA via Software & Updates -> Other Software tab, since the PPA contains many other packages you may not want.