How to Install the Latest MPV Media Player in Ubuntu 16.04 | UbuntuHandbook

How to Install the Latest MPV Media Player in Ubuntu 16.04

MPV is a free and open-source media player forked from MPlayer2. It was started to modernize MPlayer by adding modern features, and removing unmaintainable code and dropping support for very old systems.

MPV uses FFmpeg or Libav for decoding, it can be used as a library in other applications (e.g., SMPlayer, and Gnome MPV). 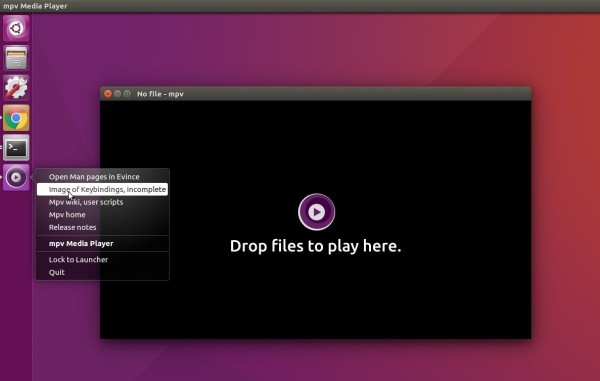 How to Install MPV in Ubuntu:

MPV is available in official Ubuntu repositories, but it’s old and Canonical does not provide updates for it. Besides building from the source code, you can install the latest version from this PPA.

1. To add PPA, open terminal (Ctrl+Alt+T) and run the command:

2. Then upgrade Mpv using Software Updater or just run the command in terminal to install/upgrade it:

3. (Optional) To remove the PPA, go to Software & Updates -> Other Software tab. And remove mpv via command: