gscan2pdf is a GUI to ease the process of producing PDFs or DjVus from scanned documents. You scan one or several pages in with File/Scan, and create a PDF of selected pages with File/Save PDF. At maturity, the GUI will have similar features to that of the Windows Imaging program, but with the express objective of writing a PDF, including metadata. Scanning is handled with SANE via scanimage. PDF conversion is done by libtiff. Perl is used for portability and ease of programming, with gtk2-perl for the GUI. This should therefore work more or less out of the box on any system with gtk2-perl, scanimage, and libtiff.

While Ubuntu repositories only provide old versions, you can install the latest GScan2PDF (1.7.3 so far) via the developer’s PPA and keep it up-to-date by receiving updates via Software Updater. 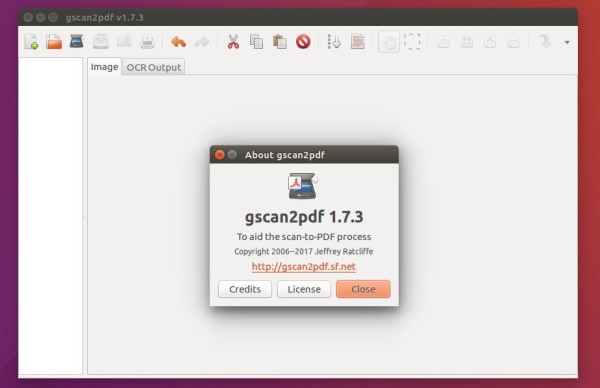 1. To add the PPA, open terminal by pressing Ctrl+Alt+T, when it opens, run command:

2. Have an old version installed? You can now launch Software Updater (Update Manager) and upgrade the software to the latest:

For any reason you can easily restore to the stock version of gscan2pdf in your Ubuntu main repository by purging the PPA via command: