VLC media player 2.2.5 was released recently with a great number of improvements. Here’s how to install it in Ubuntu 14.04, and Ubuntu 16.04. 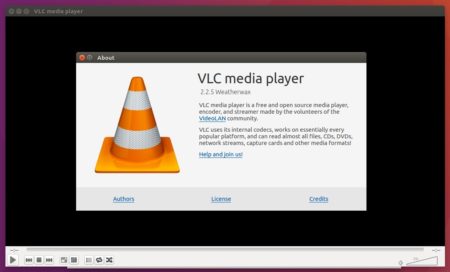 1. Open terminal via Ctrl+Alt+T or by searching “Terminal” from start menu. When it opens, run command to add PPA:

To restore VLC media player to the stock version in your main Ubuntu repository, run command to purge the PPA: