The Snap App of Sublime Text 3 Available for Test | UbuntuHandbook

The Snap App of Sublime Text 3 Available for Test

The community has made Sublime Text 3 into the SNAP package. So far, it’s available for testing in candidate channel.

A snap is an universal Linux application comes with all its dependencies bundled. It runs in sandbox and is isolated from other system software. 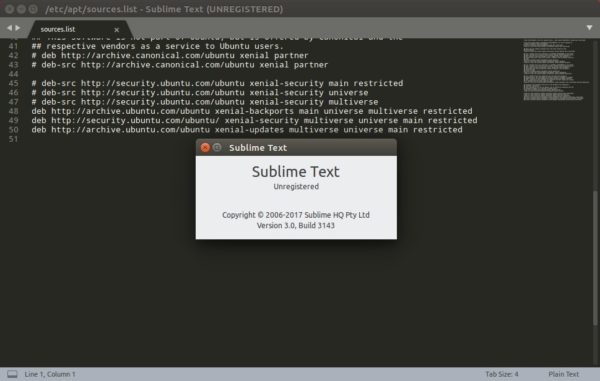 Once the snap is published into stable channel, you can easily install or remove it in Ubuntu Software

Open terminal either via Ctrl+Alt+T or by searching for ‘terminal’ from application launcher. When it opens, run command:

The command works in Ubuntu 16.04 and higher. And the --candidate flag is not required anymore since the snap is now in stable.

To make sure you’re running the snap app, you can launch it from the terminal command:

To remove the snap app for Sublime Text 3, run command: