Free and open-source video cutting and joining software, Vidcutter 5.0.5, was released a few hours ago.

The new release is mainly for users of the AppImage binary which has been overhauled and tested on Ubuntu 14.04, 15.04 + KDE Neon. 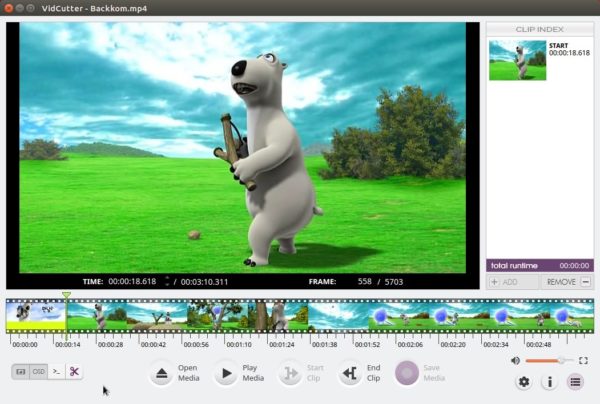 How to Install Vidcutter 5.0.5 in Ubuntu:

For Ubuntu 14.04 users, grab .Appimage from the ‘Downloads’ section in the link below:

The Appimage is a single file with most run-time and dependency libraries bundled. To run it, do:

For Ubuntu 16.04 and higher users, Vidcutter can be installed via its official PPA.

2. Then install Vidcutter either via your system package manager or run command:

To remove the PPA, open ‘Software & Updates’ utility and navigate to Other Software tab.

To remove the video cutting software, either use your system package manger or run command: