How to Install Android Studio 3.1 Easily via Snap in Ubuntu | UbuntuHandbook

How to Install Android Studio 3.1 Easily via Snap in Ubuntu 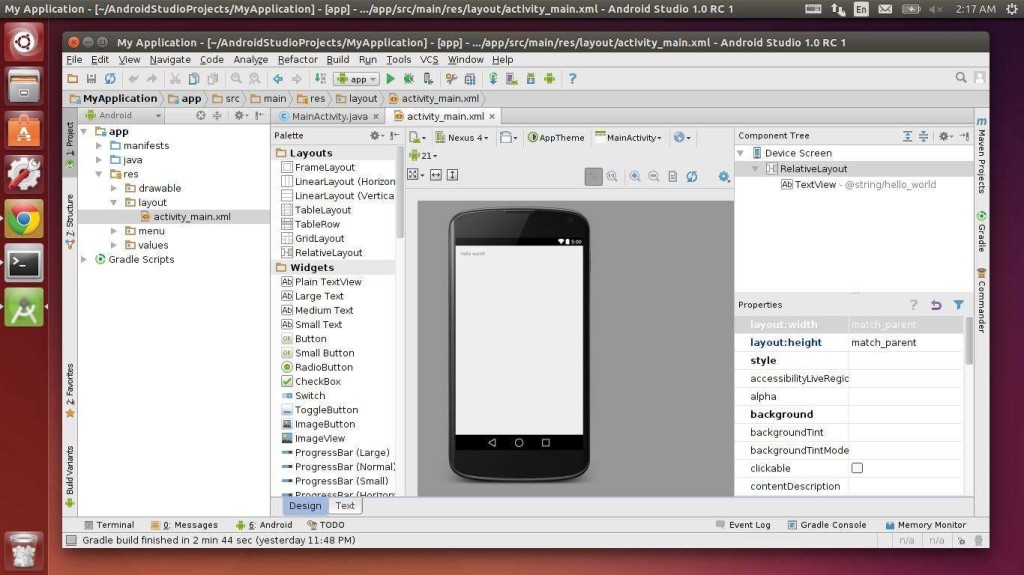 The community has built the IDE into snap, the universal Linux package format, that can be easily installed on all current Ubuntu releases.

1. For Ubuntu 14.04 and Ubuntu 16.04 users never installed a snap package, you need to install the snapd daemon while it’s not shipped by default in the two LTS.

Open terminal either via Ctrl+Alt+T or by searching ‘terminal’ from app launcher. When it opens, run command:

2. Then launch Ubuntu Software, search for and install Android Studio. 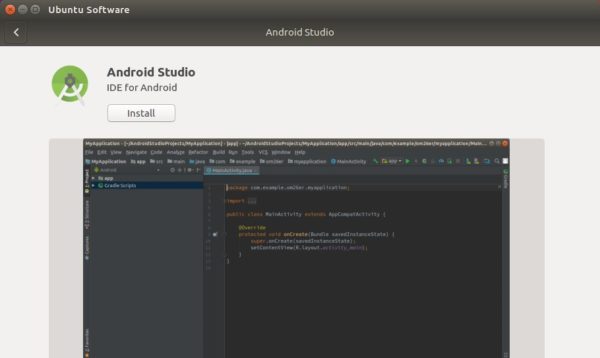 For those who prefer command console, run command in terminal to install the snap:

Once installed, launch the Android IDE from your application launcher (log out and log in back if you don’t see the app icon) and enjoy!