MuPDF 1.14.0 Released, How to Install it in Ubuntu

MuPDF 1.14.0, a lightweight PDF, XPS, and E-book viewer, was released today with new features, UI improvements and other changes.

UPDATE: The new release package now is ready to install via following steps in Ubuntu 16.04, Ubuntu 18.04, Ubuntu 18.10, and their derivatives.

Type in password (no asterisks feedback due to security reason) when it asks and hit Enter.

2. Then install mupdf and mupdf-tools packages either via Synaptic Package Manager or by running following commands in terminal:

If you have a previous release installed, simply launch Software Updater to upgrade the tool after checking for updates. 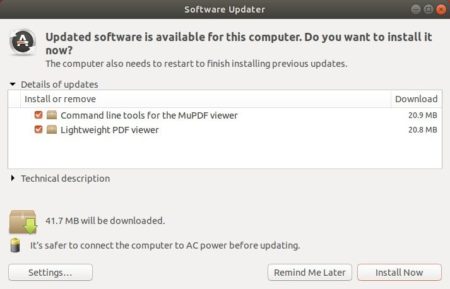 To use the PDF/XPS viewer, right-click on your file and select open with MuPDF. You can also set MuPDF as default in the Properties window. 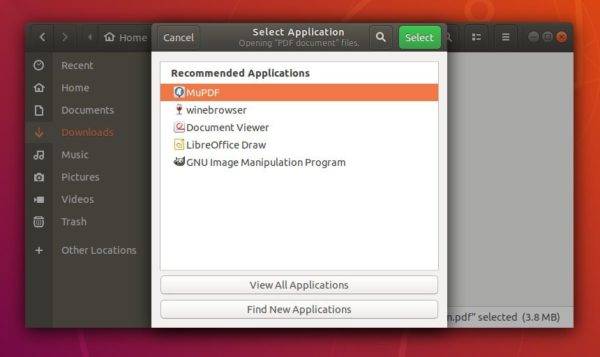 To restore MuPDF to the stock version available in your Ubuntu’s main archive, run command in terminal to purge the PPA:

One response to MuPDF 1.14.0 Released, How to Install it in Ubuntu