GNU Octave 5.1.0 was announced yesterday as a new major release with Matlab compatibility improvements, and many new and improved functions.

For Ubuntu 16.04, you need to add the Flatpak PPA first to be able to install Flatpak framework.

2. Then add the Flathub repository, the best place to get Flatpak apps:

It will take a few minutes downloading the flatpak package as well as dependency platform if you’re first time installing it.

Like normal applications, you can launch Octave from Gnome app launcher: 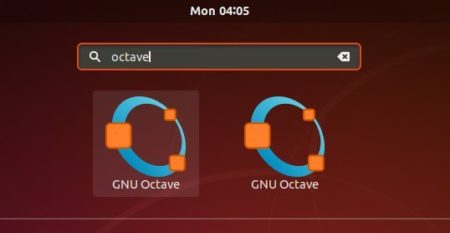 The flatpak co-exists with traditional Octave package. You can alternatively run it in command line:

You can remove the Octave flatpak package by running command:

And remove flatpak support if you want: