Which means you can install VS Code easily from Ubuntu Software and keep it always up-to-date automatically, though the old Snap package maintained by an independent developer was available for nearly two years.

4th April 2019, London, UK – As of today, Microsoft Visual Studio Code is available for Linux as a snap, providing seamless auto-updates for its users. Visual Studio Code, a free, lightweight code editor, has redefined editors for building modern web and cloud applications, with built-in support for debugging, task running, and version control for a variety of languages and frameworks.

Snaps are containerised software packages designed to work across cloud, desktop, and IoT devices. They work natively on most popular Linux distributions and feature automatic updates and rollback functionality, enhanced security, and greater flexibility for developers working within Linux environments. 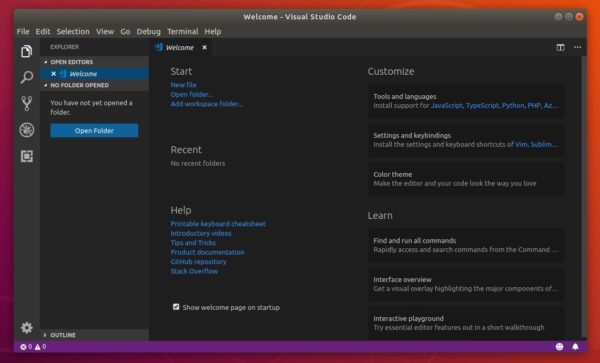 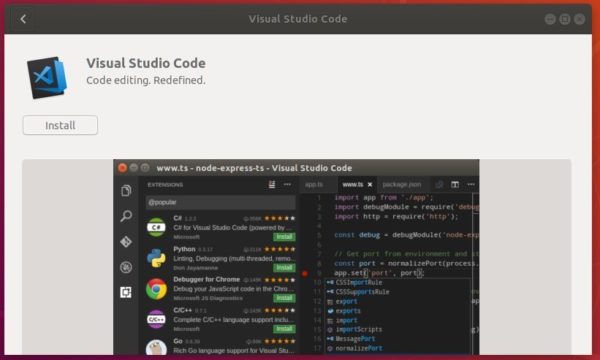 For Ubuntu 16.04, the snap packages are not integrated in Ubuntu Software.

Then install the VS Code IDE via command:

Depends on your system edition, remove VS Code either via Software Center or run command in terminal:

One response to Install Visual Studio Code via Official Snap in Ubuntu 18.04