One Command to Install MultiMedia Codecs in Ubuntu 19.10 | UbuntuHandbook

One Command to Install MultiMedia Codecs in Ubuntu 19.10

Due to legal reason, Ubuntu does not have multimedia codec installed out of the box, though they are available in the universe repositories.

When you’re going to play music or video via the default media players (Rhythmbox and Totem), it prompts to install the decoder: 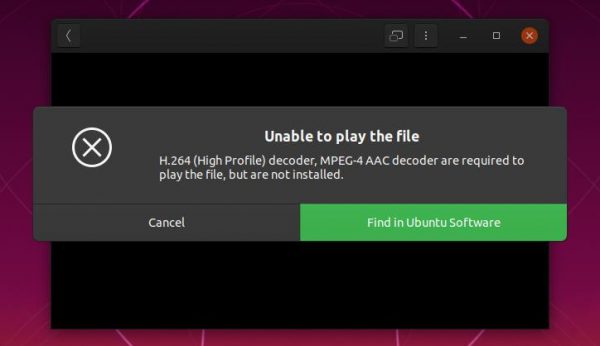 And Ubuntu Software pops up with a list of software packages after clicked the button.

For those don’t want to be interrupted again, or you don’t know which to install, simple run following single command in terminal.

1.) Open terminal either via Ctrl+Alt+T or by searching for ‘terminal’ from application menu. When it opens, run command:

The command will install gstreamer, ffmpeg, dvd reading and navigation libraries, mesa and intel video acceleration drivers, and other most required software libraries. 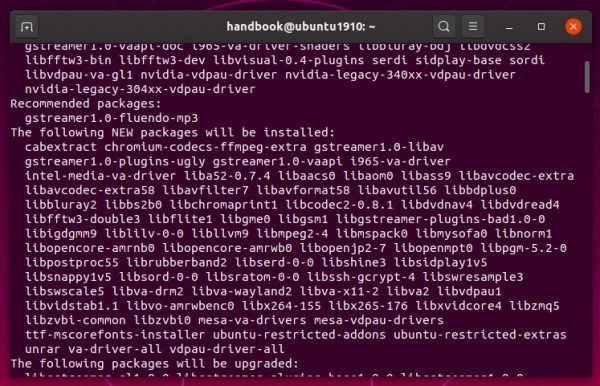 7 responses to One Command to Install MultiMedia Codecs in Ubuntu 19.10